Real Madrid completed their third preseason game with a third consecutive victory, recording a 2-0 win over SK Slavia Praha. Alberto Toril lined his players up in a 4-3-3 formation: Gérard; Lucía, Sousa, Ivana, Olga; Toletti, Tere, Weir; Athenea, Esther, Møller. Slavia Praha tested Madrid with a compact 4-4-2/4-4-1-1 mid-block; one of the front two tried to mark the pivot while the rest of the shape stayed narrow and denied passes through the middle. 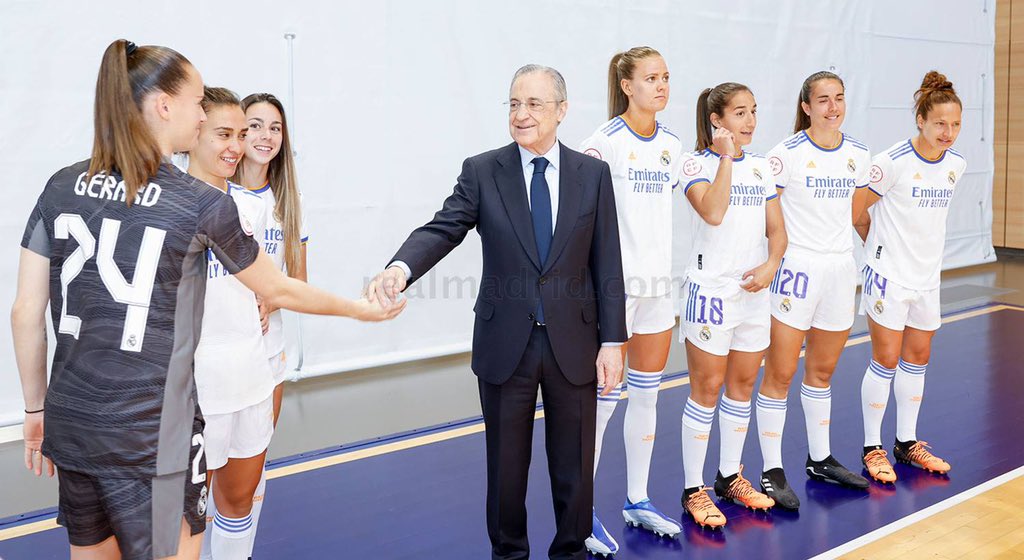 Caroline Weir and Olga Carmona were key to Madrid’s early progressions, with the former dropping off to receive and the latter driving inside with and without the ball.

However, it was Madrid’s intensity on defense that produced the best early moments, which has been a theme across preseason. In the 13th minute, Weir won the ball back from a high press and released Møller in behind. The cross was true and Esther made it 1-0. Around midway through the half, Toril instructed his side to swap to a 4-2-3-1 shape. It is unclear whether he wanted to check out a different look or exploit something in particular, but the change brought Slavia Praha’s central midfielders higher and allowed Weir to drag the opposition center-back out of position.

Weir scored the second and last goal of the night in the 32nd minute. Her runs into the box have been a highlight of these last games (and her positioning, in general, has been brilliant), but it was Olga who stole the show on this one. Toril didn’t make any subs until the half-hour mark, when Rocío, Kenti, Zornoza, Paula Partido, and Nahikari replaced Sousa, Lucía, Toletti, Møller, and Esther. As a result, Athenea moved to the left to make way for Partido on the right.

Madrid saw out the final minutes with a few more swaps — Svava and Carla Camacho came on for Athenea and Weir, respectively. Weir, Olga, and Esther were the obvious standouts but Teresa Abelleira has quietly been Madrid’s most impressive performer in preseason.